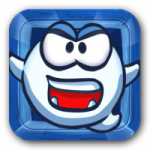 Yubi Games contacted ComboApp prior to initial release of their freemium structured game “Angry Boo” for the iPhone, iPad, and iPod touch. The game itself was submitted into the historically competitive Arcade and Action game categories on the App Store. The client sought to drive Angry Boo to be effectively noticed by potential users throughout these categories and subsequently increase their player base.
Angry Boo is a fast paced arcade adventure that charges players with helping Boo the ghost get as many gold coins as he can by strategically jumping from one spider web to the next, while avoiding ornery bats and other obstacles along the way. With gameplay that challenges users to calculate height and distance with each jump, and small landing spaces that don’t leave much to chance, this exciting game represents an engagingly refreshing new spin on the mobile platforming genre.

After reviewing our signature services, the client opted to put together a marketing campaign on behalf of Angry Boo which consisted of the following ComboApp Mobile Marketing Solutions:

ComboApp executed all marketing measures ordered by Yubi Games in a swift fashion, and timed to make the largest possible impact amongst the app engaged public at large. Effective pre-planning and execution methods were integral in helping to push Angry Boo to success within the App Store. The app broke through into Top 100 of iPhone Arcade and Action categories on January 25th, 2012, where it remained for more than a week.
The success of ComboApp’s marketing efforts were highlighted on January 28th, 2012, when Angry Boo was simultaneously ranked as the 6th most popular app in Apple’s Top Free iPhone Arcade Games category, 4th in its Top Free iPhone Action Games Category, and 21st in its overall Top Free iPhone Games list. As an added measure of its attained prominence, Angry Boo also peaked as the 24th most downloaded app on the App Store as a whole on January 28th as well. 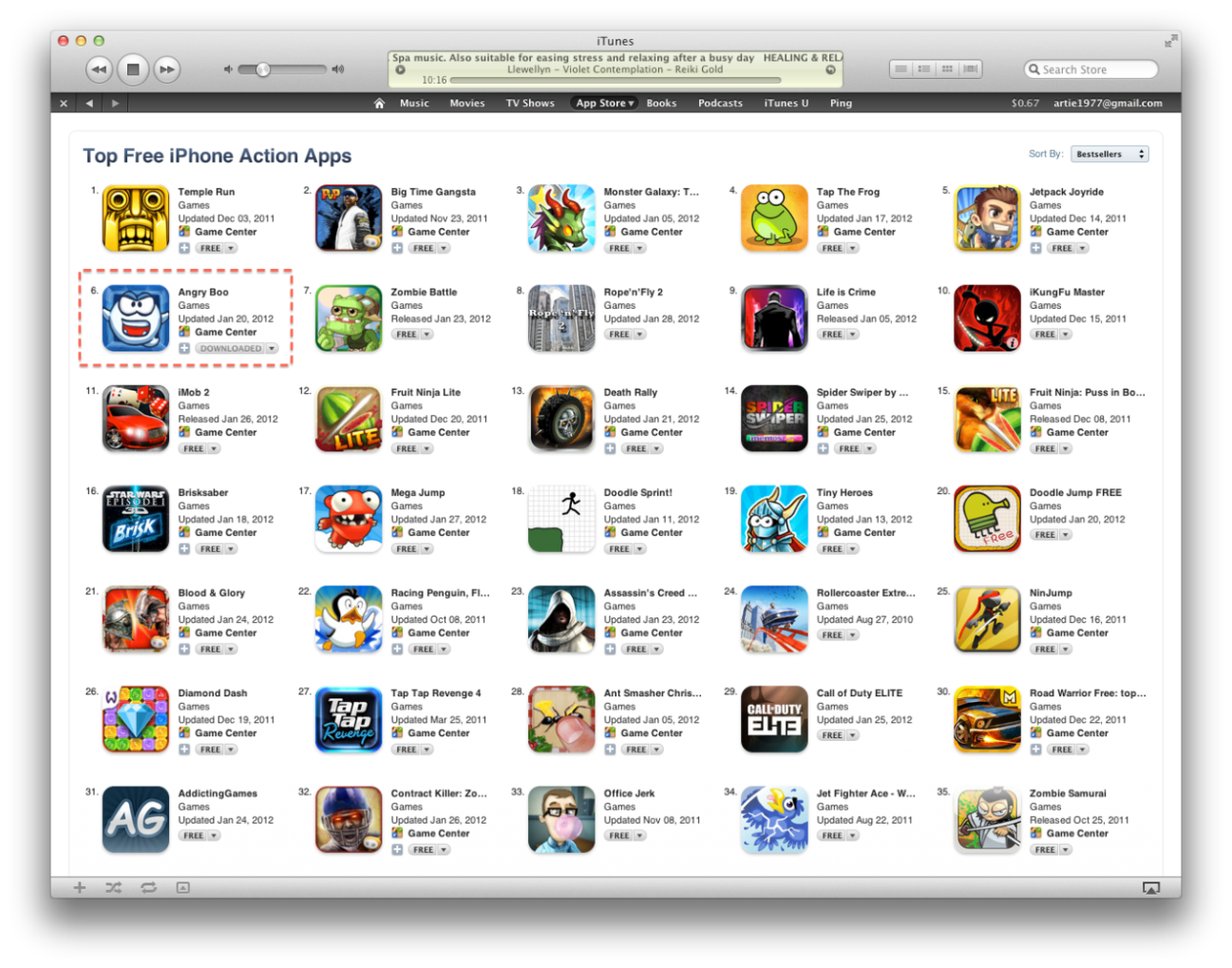 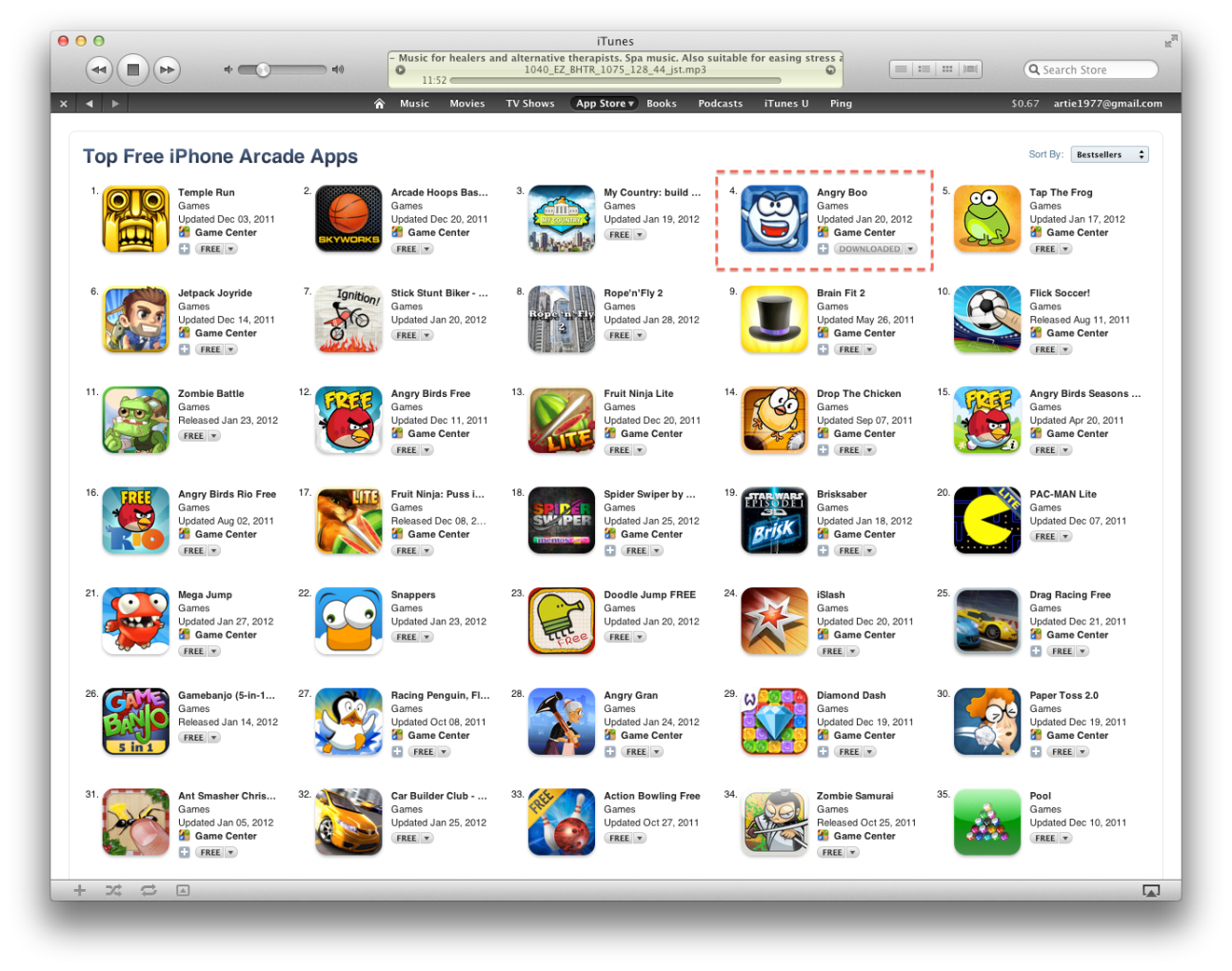 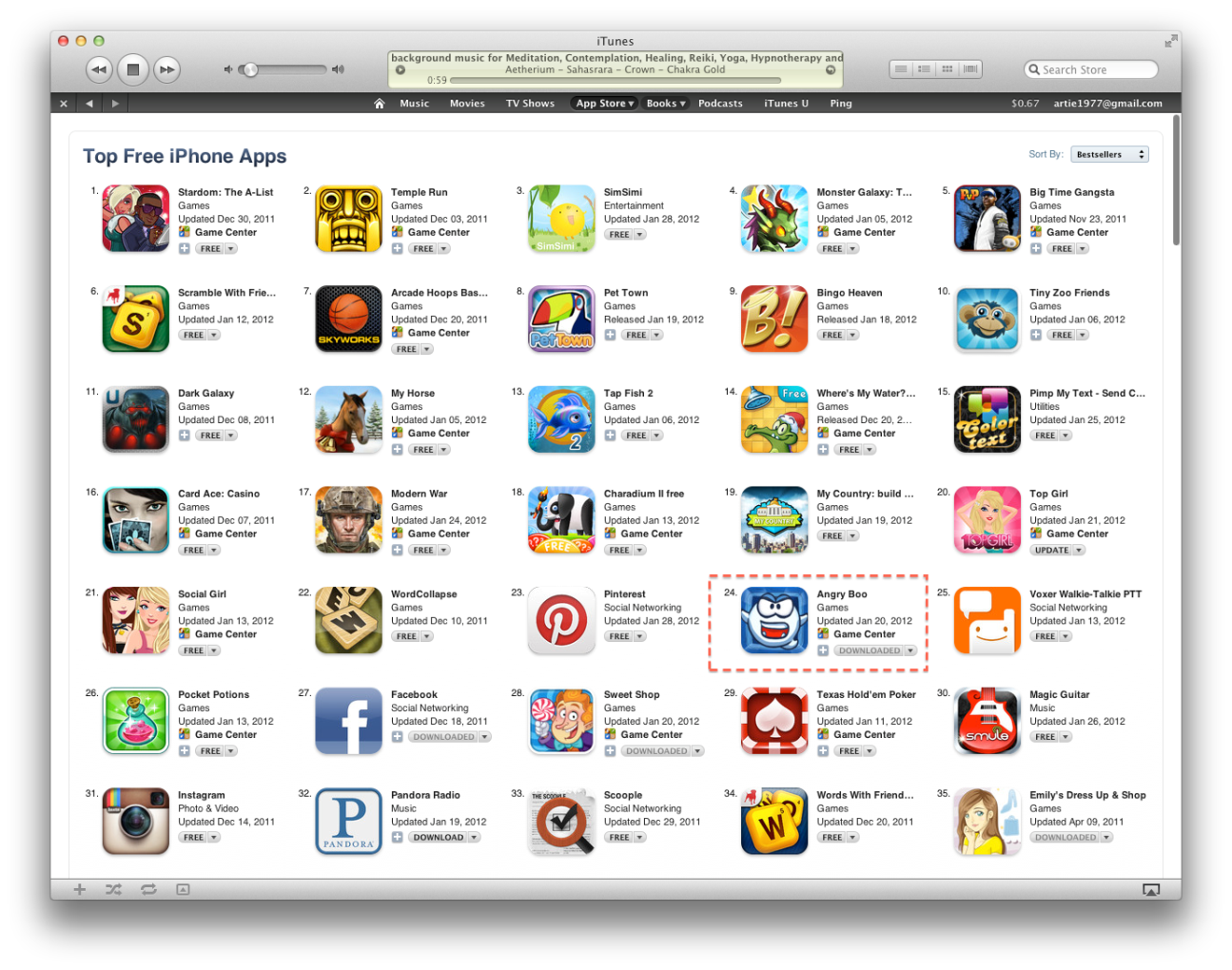